Repeal The Provisions On Dual Allegiance And Office-Holding Exclusions 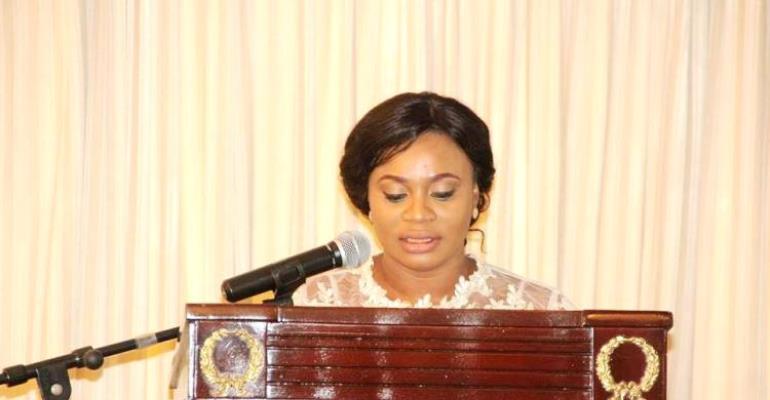 Nana Konadu Agyeman Rawlings has recently questioned the nationality of the newly-appointed chairperson of the Electoral Commission (EC). Her allegation comes on the backdrop of recent intense speculations that the chairperson is a Nigerian by birth. Ms. Charlotte Kesson Smith herself reports that she was born at Nnewi, Nigeria in the Martindale-Hubbel International Law Directory. In my opinion, even if she is a Nigerian by birth, that should not disqualify her from holding the office of the chairperson of the EC as long as she is also a Ghanaian, ergo a dual citizen.

But assuming that she is a dual citizen, and not a foreigner as alleged by the former first lady, raises another important question: Why did this nation send Adamu Sakande Daramani, a dual citizen, to jail and compel other dual citizens to renounce their other citizenships before they can even compete in the primaries of some of the political parties?

I have always held that the law on dual allegiance was misinterpreted and the law excluding dual citizens from holding various offices was impermissibly inserted into the Constitution. Now that a dual citizen has been appointed to chair the Electoral Commission notwithstanding Article 44(1)'s stipulation that "A person is not qualified to be appointed a member of the Electoral Commission unless he is qualified to be elected as a member of Parliament," it is time to repeal the obnoxious exclusionary provisions that have been selectively, opportunistically and irrationally applied to disqualify able and willing Ghanaians from providing service to the nation.

Article 94(2)(a) provides that "A person shall not be qualified to be a member of Parliament if he owes allegiance to a country other than Ghana." Article 8(2) of the Constitution and Section 16(2) of the Citizenship Act exclude dual citizens from holding various specified and unspecified public offices and give Parliament and the minister the power to add more office-holding exclusions.

These exclusions create a class of citizens who cannot serve in Parliament, the Supreme Court or as ministers in the Executive branch. In addition, strictly applied, these citizens cannot serve on the Electoral Commission (and the NCCE), head our Overseas Missions, or even serve as a Chief Fire Officer. Thus, the exclusions have the effect of creating sub-citizens, quarantined from serving in the organs of government, and are antithetical to the structure and spirit of the Constitution, which strives for equal citizenship and rejects a caste system.

A substantial majority of dual citizens are citizens of Ghana by birth who have subsequently acquired the citizenships of other countries. They acquire these other citizenships for a variety of reasons, including marriage, residence, political asylum (especially in the military era) and economics. However, there are many dual citizens born of cross border relationships (Ghanaians who are also Togolese, Ivorians, Burkinabes, Nigerians, etc).

Regardless of why they have acquired these other citizenships, they have complete, total and unwavering loyalty, fidelity and allegiance to our beloved country and have amply demonstrated, through their continued involvement in our socio-political life, their commitment to joining hands with their brethren to work towards building a prosperous country for our posterity.

Most of these dual citizens have been educated at the country's secondary schools and universities at great cost to the nation. They have considerable knowledge of the country's history and institutions. They are an important part of the human capital of this country. Our country is not well served by denying these citizens the opportunity to serve in Parliament, on the Supreme Court and as ministers in the Executive branch and in other specified offices.

It appears concerns about the "fidelity and loyalty" of dual citizens underly the regime of exclusions (in Articles 94(2)(a), 8(2) and Act 591) and dangerous drift towards a segregated society. As the Attorney-General has recently stated to the Supreme Court, "How can the loyalty of say a Colonel in the Ghanaian Army be guaranteed if there is a war between Ghana and Nigeria and the said Colonel holds both citizenship of Ghana and Nigeria? How can one be sure of the commitment and loyalty of Ghanaian High Commissioner to UK if there is a diplomatic row between Ghana and UK when the same Ghanaian High Commissioner holds a British citizenship as well?"

Yet, when the Attorney-General was challenged to provide empirical evidence to justify the concerns about loyalty and fidelity, he was not able to name even one dual citizen who had betrayed or attempted to betray the country. Appropriately, our nation has not allowed concerns about loyalty and fidelity to stand in the way of fielding dual citizens like Prince Kevin Boateng and Abedi Ayew in the Black Stars, even though the game of soccer, with only 11 players, present better opportunities for "sabotage" than that of legislating, where an MP is one of 230. It is also difficult to fathom why a Ghanaian born citizen who has acquired the citizenship of another country cannot be employed as the Chief Fire Officer, Commissioner (Value Added Tax Service) or the Chief Director of a Ministry.

anyone should be concerned about the loyalty of say a Ghanaian born dual citizen Colonel in the Ghanaian Army, in the unlikely event of a war between Ghana and Nigeria, should it not be Nigeria? What in our national psychology allows us to doubt the loyalty and fidelity of our own brethren who grew up on our streets, attended our schools, own property in the country, contribute to the national economy and take care of our parents, merely because they have also acquired the citizenship of another country? Why can a Ghanaian citizen who has acquired the citizenship of Britain be an MP in Britain but not in Ghana? If the British have no concerns about the fidelity and loyalty of a Ghanaian by birth who has only recently acquired British citizenship, why should we have doubts about this son of the land?

Fortunately, there is evidence to suggest that the concern about loyalty and fidelity is not widely felt. Recent field evidence shows that an overwhelming majority (in excess of 60%) of Ghanaians believe that dual citizens should not be disqualified from serving as MPs or as ministers.

One member of the Supreme Court (Justice Sophia Akuffo) reiterated that Citizenship connotes the enjoyment of a bundle of rights, which can be curtailed by following clear legal provisions. She reasoned that the power given to Parliament to add to the list of public office holding exclusions under Act 527 is an unlawful hijacking of the process for amending the Constitution. Further, when Parliament excluded dual citizens from holding additional offices under Act 591, Parliament unlawfully amended Article 8(2) of the Constitution. Accordingly, she held that Article 8(2)(g) was unlawfully inserted into the Constitution and is unconstitutional. She also held that Act 591, Sections 16(2)(a), (h) – (l) was unconstitutional (these are the additional offices proscribed by Parliament in 2000). In her words, "to hold otherwise would be very dangerous and make a mockery of constitutional provisions such as Article 8(2), which particularized specific matters, thereby eventually reducing the Constitution to the status of an ordinary statute, as evidenced by what Parliament has attempted to do in section 16(2) of Act 527."

The current regime of exclusions is an affront on the dignity of dual citizens. The exclusionary regime questions their patriotism, integrity and citizenship, premised solely upon their circumstances without considering their individual capacities or merits. The exclusions violate their human dignity by marginalizing, ignoring, and devaluing them. The exclusions impose harsh sanctions on them without any evidence of wrongdoing, save a mere and unfounded suspicion that they lack total loyalty and fidelity. Yet, there is not a single dual citizen who has been found to be disloyal to the country while there are many instances of single citizens overthrowing the constitution (treason) or leaking sensitive information to various embassies, as recently revealed by the wikileaks files.

Dual citizens, as citizens of this country, have interests and have a fundamental right to fully engage in the political process, including the ability to serve in all elected and appointed public offices.

Dual citizens and Ghanaians in the diaspora support the national economy with their remittances. In 2010, remittances or private unrequited transfers (net) in the year amounted to $2.12 billion. This evidences their loyalty and commitment to the country. In the history of the 4th Republic and the country, there is not a single case, where a dual citizen has been found to disloyal, infidel or otherwise harm the interest of the country as a result of their dual citizenship. On the other hand, many dual citizens played an active role in creating the conditions that led to the establishment of the 4th Republic.

Our country is at its best when we allow all our citizens to be full and equal citizens. This is what defined us in South Africa, when the Black Stars dazzled the world with its brand of soccer. This is the spirit that led to the selection of Prince Kevin Boateng, a dual citizen, born in Germany to Ghanaian parents, to play against the Germany national team. Neither his loyalty nor his fidelity was questioned even though the short-duration, fast-paced, and lack of controls in a soccer game, exarcebate any concerns about loyalty and fidelity.

Unlike many others, I do not think that Ms. Charlotte Osei should be disqualified if she turns out to be a dual citizen. Rather, I think her appointment should be used as an occasion to reform our dual allegiance and citizenship laws to bring them in conformity to contemporary international norms. What is clearly unacceptable is to be a nation where some dual citizens get sent to jail for holding a "no-go office" while others hold the same "no-go-office" without questions.

Clarifying The Law On Dual Citizenship To Expose T...