I normally would not be commenting extensively on or about any individually authored policy analysis article or column posted on any of our Ghanaian media websites, unless it was laudably clear that the author of the concerned article or column clearly appeared to be fully knowledgeable or appreciative of what s/he was talking about. For the most part, it is quite a common knowledge that many a Ghanaian intellectual styling him-/herself as a national security expert, including quite a few who work at globally reputable national security establishments in the country, has yet to convincingly demonstrate authoritatively that s/heis really on top of issues in the fields or disciplines in which s/he publicly claim expertise. It is dishearteningly clear that most of these so-called security experts have not conducted any serious studies or published any epistemically worthwhile research findings in any reputable local academic or professional, peer-reviewed journal.

To be certain, it is an area of research that Ghanaian scholars and intellectuals have yet to convincingly demonstrate that, as a nation, we are a formidable force to reckon with. And it was for this latter reason that I readily bought into the just-ratified "Enhanced" Military and Security Cooperation Agreement between the governments of Ghana and the United States. The hope here is that our executive operatives and leaders in the intelligence and security sector, mostly the top leadership of the Ghana Armed Forces and our various bureaus of national investigations and the Ghana Police Service (GPS), would be brought closer to their far more professionally advanced American counterparts. For instance, I am not certain that the subject of Ghana's, and global, Military History is a course that forms an integral part of the curricula fare of any of our major universities, especially our original three tertiary academies, namely, the University of Ghana, Legon; the Kwame Nkrumah University of Science and Technology, and the University of Cape Coast.

Then also, it is quite certain that "Terrorism Studies" is not an important part of any of our major colleges and universities, both public and private. We also need institutions staffed with highly qualified personnel dealing with international politics and culture, as well as general matters bordering on international security and nation building. It was precisely because of these issues, and some that I may not have been able to readily put my fingers on, presently, that I have elected to discuss some of the most significant questions and issues raised by Prof. Edward Akuffo, in his article captioned "United States-Ghana Agreement: An Opportunity for Paradigm Shift in Ghana's Approach to National Security and Defense" (Modernghana.com 3/23/18), which appeared on several of our media websites shortly before Ghana's Parliament took the historic and far-reaching vote that culminated in the ratification of the "Enhanced" Military and Security Cooperation Agreement between Ghana and the United States.

One of the concerns dutifully raised by Prof. Akuffo that piqued my interest in no small way, I had hitherto not readily recognized the gravity of the same, was the apparent "cluelessness" of Mr. Dominic Nitiwul, Ghana's Defense Minister, who disturbingly seemed to have squarely predicated his endorsement of the "Enhanced" Military and Security Cooperation Agreement between Ghana and the United States on the patently untenable and logically vacuous grounds that the first of such admittedly watershed initiative had been executed by the previous National Democratic Congress' regime, the Mahama government, to be exact. You would have thought that Mr. Nitiwul would have conducted some due diligence or background research, beforehand, to familiarize himself with the detailed contours of the agreement and the prime benefits that Ghana stood to reap from the same. For instance, I, for one, had backed the agreement because of my appreciation of the current ramshackle state of the Ghana Armed Forces establishment which, the last time that I checked, ranked Number 19 among all the national armies on the African continent.

The major historical position of Ghana in the affairs of the African continent readily suggested to me that our country needed to promptly upgrade its military establishment and apparatus, if it were to be credibly reckoned as a formidable force for the security and stability of both Ghana, itself, and the African continent at large. But, in particular, the concern raised by Prof. Akuffo that promptly alarmed me a bit and set me thinking about this matter in a way that I had not done before, recently, is the author's scandalous discovery that, to-date, Ghana does not have any coherent or consistent set of primary guidelines delineating its security needs, aims, interests and objectives. As a result, and with cogent reasoning, Prof. Akuffo, who is also an Associate Professor of International Security and International Relations at the University of the Fraser Valley, Abbotsford, British Columbia, Canada, highlighted the fact that Ghana could not maximize the benefits that it could really gain from the "Enhanced" Military and Security Cooperation Agreement signed and ratified with the United States because the much weaker and smaller signatory to the pact clearly did not even know what its security aims and objectives were.

Prof. Akuffo also appears to firmly believe that President Addo DankwaAkufo-Addo has a unique and historic opportunity to ensure that a coherent and consistent set of national security policy guidelines was established for the country. Indeed, it is quite possible that I may have missed several other important issues and concerns of "paradigm-shifting" nature raised by the Fraser Valley University scholar. 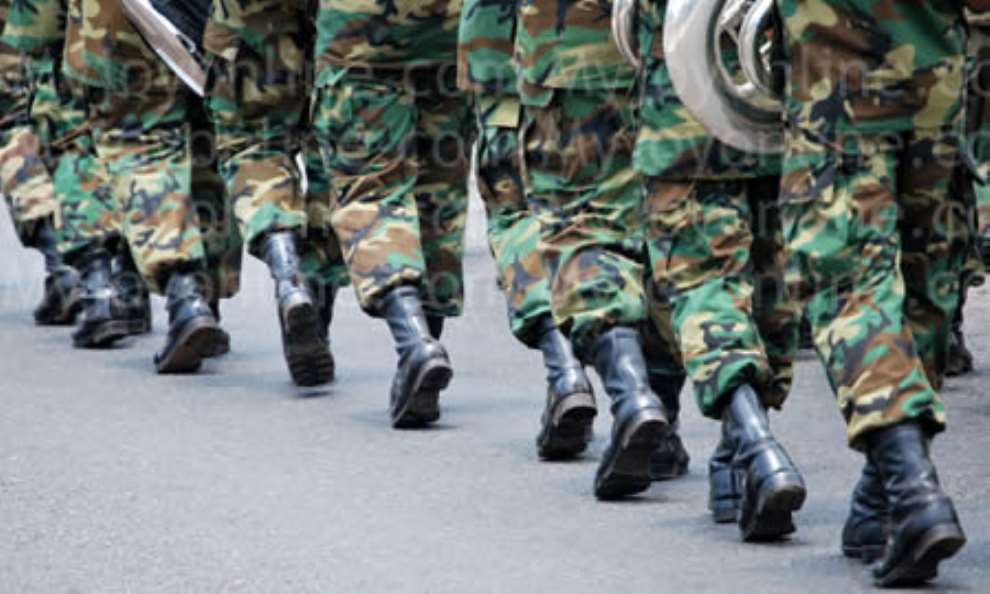 Professor Kwaku Asare Writes To MPs On The Eve Of ...